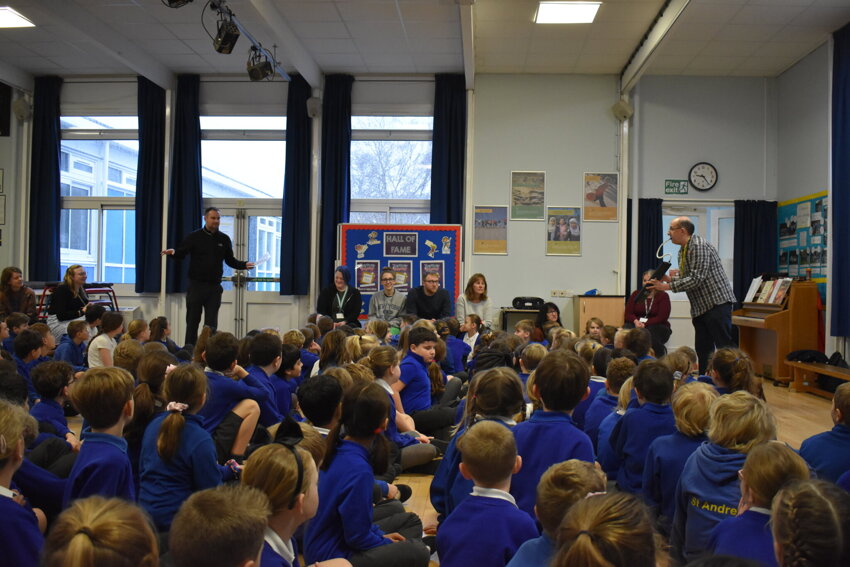 On 10th January, St Andrew’s once again enjoyed a visit from James Carter – our poet in residence. This time he visited Key Stage 2. We enjoyed an entertaining assembly to kick off the day then James spent time in classrooms in years 4 and 5.

“In Oceania class, the children were inspired by James Carter to write 'Cinquains', 5-lined poems with a set number of syllables per line. These were based on the children's own space-related topic which they had researched themselves. The poems that the children produced were beautifully crafted and their wish to share them with each other demonstrated how proud they felt of their work. Having enjoyed the poetry session so much, the class moved on to writing some 'Kenning' poems which described a creature or object using two hyphenated words per line to replace the noun. They had great fun trying to guess what each other had written about and seeing whose Kenning's were the trickiest!” Miss Revill

“Africa Class had a fantastic, fun poetry themed day on Tuesday with the enthusiastic James Carter! The children researched a space-related topic and wrote a 5-lined poem with a set number of syllables per line called 'Cinquains'. The children wrote beautifully and enjoyed the opportunity to share their work in assembly in front of the rest of KS2.” Miss Smith

“A poetry buzz was in the air this week in Americas Class. Inspired by our guest poet James Carter, the children wrote imaginative space themed poems. James Carter gave the children excellent tips and advice on how to develop their own ideas and express their creative side.” Mr Gibson

“Antarctica class were excited to meet James Carter again as he is so much fun.  They were keen to flex their poetic muscles and develop their imaginative ideas to describe the universe beyond our world.  James inspired them to think beyond their first ideas, to keep searching for a better adjective, verb or noun rather than settling for words that rhyme.  It really didn't feel like an ordinary literacy lesson but we learnt so much and are immensely proud of what we have achieved.” Mrs Ludlow

The day ended with children sharing some wonderful examples of their poetry writing in a celebration assembly. It was a fantastic day and we are looking forward to James visiting again soon. 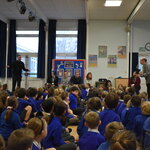 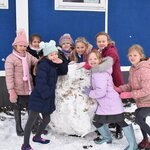 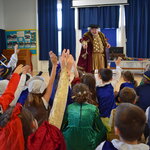